Check out our upcoming online events.

The Hutchinson Family Singers traveled the country performing together in the mid-1800s. They were strong abolitionists. In 1845 the group decided to sing Jesse Hutchinson's new abolitionist song as part of an upcoming concert in New York. When the public found out they were planning to sing this song, many became furious. They threatened to hurt the Hutchinsons if they sang it. The Hutchinsons decided to sing it anyway. One member of the group said they would sing the song, "if we have to die for it." After they finished singing this song, no one hurt them. Instead, "the applause was tremendously overwhelming." Emancipation is the process of freeing someone. In this song it refers to freeing slaves. 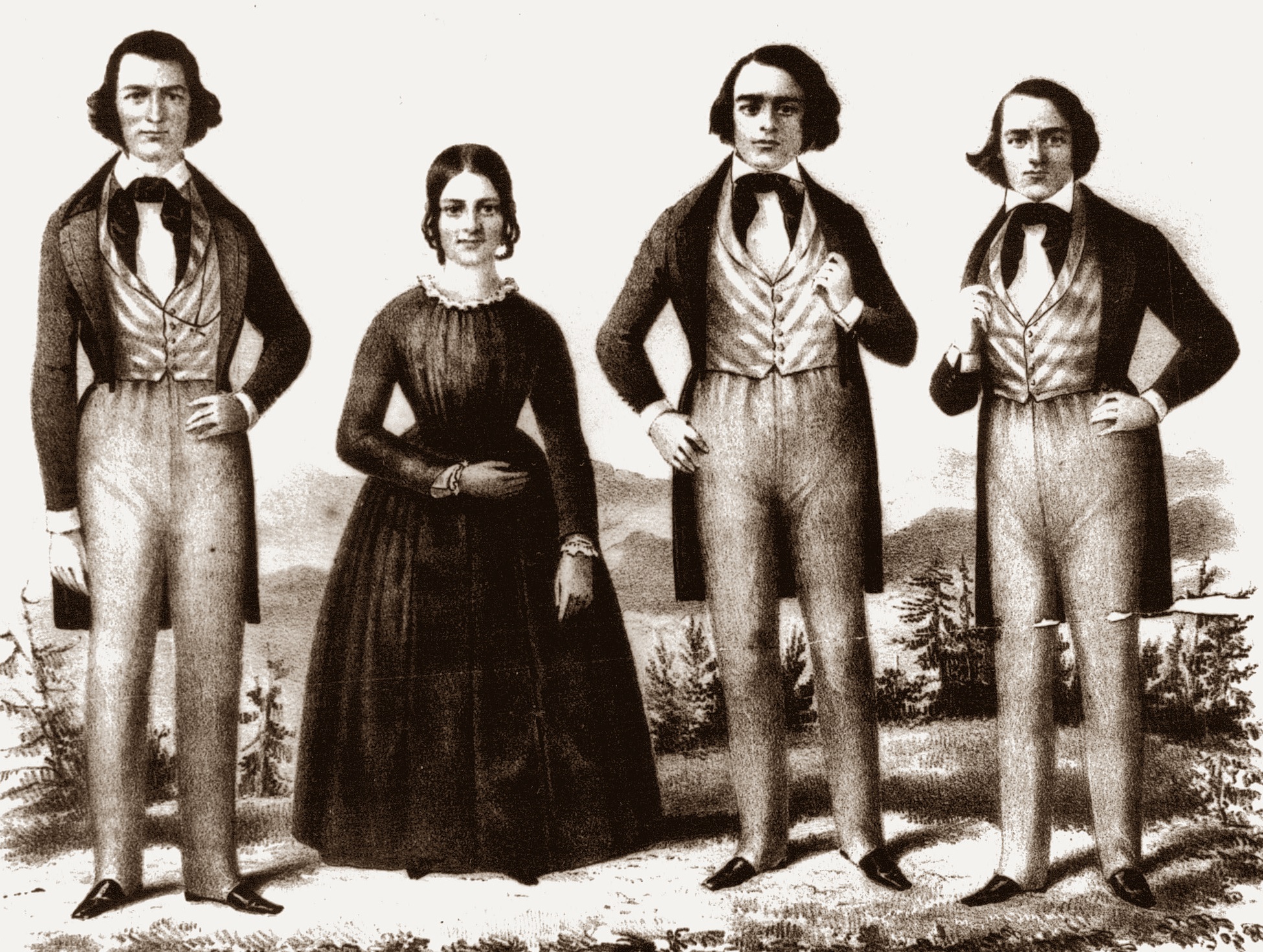 Ho! the car Emancipation
Rides majestic through our nation,
Bearing on its train the story,
Liberty! a nation’s glory.

Let the ministers and churches
Leave behind sectarian lurches;
Jump on board the car of Freedom,
Ere it be too late to need them.

Politicians gazed, astounded,
When, at first, our bell resounded;
Freight trains are coming, tell these foxes,
With our votes and ballot boxes.

Hear the mighty car-wheels humming!
Now look out! the Engine’s coming!
Church and statesmen! hear the thunder!
Clear the track or you’ll fall under.

See the people run to meet us;
At the depots thousands greet us;
All take seats with exultation,
In the car Emancipation.

This song is featured in the Our Star-Spangled Story curriculum.

Find the right Notgrass History course
for your family!